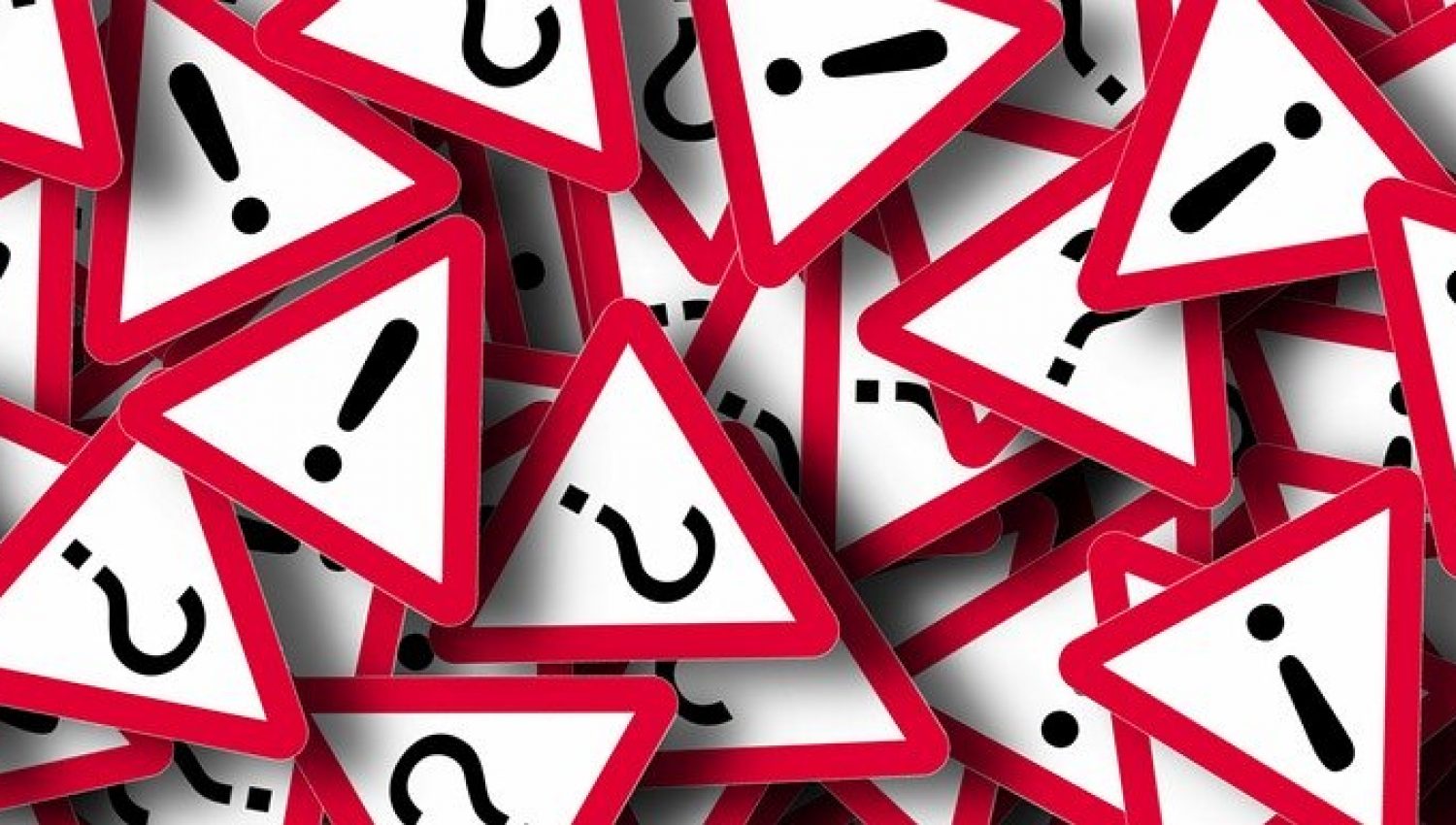 Our CEO, David Beeton, asks whether the transport hierarchy and focus on modal shift is responsible for systematic failings in sustainable transport policy.

The transport hierarchy has become a foundational model in British transport strategy.

It’s widely used as a blueprint for sustainable transport planning and as a justification for billions of pounds of public investment.

But how did a model that was originally developed as road safety guidance become the default strategy for sustainable transport?

Has the focus on ‘modal shift’ created a siloed and adversarial mindset amongst policymakers and road users?

There is limited reference to the transport hierarchy in academic literature and it appears that it has never been formally scrutinised or evaluated.

At the time of writing, I was surprised to discover that there wasn’t even a Wikipedia article for it or any of its various other names, such as the ‘road hierarchy,’ ‘modal hierarchy’ or ‘hierarchy of users.’

The segmentation and subsequent prioritisation of specific modes varies in different representations. However, the hierarchy invariably prioritises active modes (such as walking and cycling) over public transport, with private cars placed at, or near the bottom of a pyramid.

Origins of the Transport Hierarchy

In the UK, the concept of a prioritised hierarchy of sustainable transport management options can be linked to two separate models that developed in professional practice.

These models had explicitly different purposes, but have merged and been conflated over the last two decades.

In 2004, the UK Department for Transport issued guidance to improve conditions for pedestrians and cyclists, with particular emphasis on the needs of disabled people.

It advocated that a hierarchy of users was considered in Local Transport Plans to guide the planning and design of new developments and proposed traffic management schemes. This prioritised pedestrians, followed by cyclists then public transport, with unaccompanied private car-users last.

The guidance also advocated controls to reduce motor traffic and speed as “it may deliver benefits in terms of pedestrian safety, improved retail environments, and is usually the optimum solution for encouraging cycling.”

“The objective of such a hierarchy is to ensure that the needs of the most vulnerable road users are fully considered in all highway schemes, but not necessarily to give priority to pedestrians and cyclists in every location.”

The concept of a hierarchy of sustainable management options was popularised by the European Waste Framework Directive which was first published in 1975. The 2008 revision of the directive introduced the contemporary framing of a five-step hierarchy of waste management options: prevention, reuse, recycling, recovery and disposal.

An energy hierarchy was conceived in 2005 by the UK’s Renewable Energy Association: reduce demand, use renewable sources, increase efficiency, use low-carbon technology, use conventional energy.

These principles were in turn adopted in the management of transport systems. Notably in 2013, the UK’s Institution for Mechanical Engineers (IMechE) published a policy paper setting out a transport hierarchy:

Evaluating any model essentially comes down to two things: the intended purpose and interpretation.

The original intention of the hierarchical prioritisation of transport modes was to ensure that adequate provision was made for vulnerable road users in the planning and design of new highway schemes.

The contemporary assumption is that this prioritised ranking of modes can be directly transposed onto the hierarchy of sustainable management options. This is routinely used to guide policies and investments in sustainable transport.

There are five important limitations with this interpretation:

1. It is possible to minimise the need to travel

The global pandemic has proven the vast potential to embrace technology and working practices that avoid the need to travel.

There is an opportunity to make this positive behaviour permanent. Local resources can and should be used to make this happen.

Planning and land use decisions made at the local level can also have a significant impact on the need to travel and the means of transportation required.

To avoid losing sight of these important objectives, it is imperative that demand reduction is acknowledged as being different to minimising the use of private cars and encouraging the shift from motorised transport to active modes.

2. The way that transport is powered is important

The hierarchy treats all powered transport in the same way. As a decision-making framework it therefore fails to represent the diversity of sustainable options available.

It excludes electric bikes and new mobility services such as electric scooters.

It also fails to distinguish between highly polluting and low emission buses. As a mode of transport, buses are a proportionately high source of emissions in many urban areas in the UK.

In fact, the assertion that any form of private car use should always be discouraged frequently results in sustainable transport advocates lobbying against policies to incentivise ultra low emission vehicles.

The transport hierarchy advocates that sustainable outcomes are best achieved by modal shift. This occurs where one mode has a comparative advantage over another.

Given the origins of the hierarchy, this is most frequently used as a justification for investments and policies that lead to outputs such as increased capacity for cyclists and restrictions to motorised transport through a reduction in flexibility, traffic speed and journey time.

The tendency to view these outputs as measures of success has created a false sense of certainty and resulted in sustainable transport strategies becoming more concerned with what is being delivered than their resulting social, economic or environmental impacts.

A further problem in focusing on modal outputs is the presumption that this will directly lead to an increased demand for the modes preferred by the hierarchy.

In practice, modal choice is dictated by diverse factors that extend way beyond the allocation of road space.

This includes place-specific factors like topography, weather and the accessibility of destinations.

Decisions are also impacted by the purpose of travel, the availability of local amenities and personal constraints such as physical ability, employment, income, age, gender, and the demands of family life.

It also doesn’t automatically follow that traffic controls will result in a shift to active modes or public transport. Experience has shown that motorists are surprisingly persistent when it comes to congestion.

Moreover, if traffic controls do lead to changes in behaviour, it’s much more likely to result in trip substitution or displacement of traffic to elsewhere in the city.

An additional difficulty is that hierarchy thinking makes it justifiable for traffic controls that benefit cyclists to negatively impact the reliability, flexibility and journey time of buses.

Such controls often shift users away from public transport which in turn can result in increased fares and reduced services. Perversely, this often leads to more people choosing to travel by car.

5. Outcomes for people should be prioritised over modal outputs

This dehumanising segmentation of road users has been found to be a source of negative attitudes and a root cause of aggression between cyclists and motorists.

Such simplistic segmentation also fails to recognise that contemporary demand is influenced by integrated transportation systems that require flexibility and seamless travel between different modes.

Rather than conferring advantages on users of specific modes, sustainable transport strategies should aspire to be inclusive, equitable and where possible improve the travelling experience for all.

In challenging the transport hierarchy it is not my intention to undermine people who use it to champion important sustainable transport causes which I also support.

However, while modal prioritisation can be helpful in protecting vulnerable road users, there is no logical basis for it to be used in achieving wider sustainable transport objectives.

The preoccupation with modal outputs has discouraged system-level appraisals of the best ways to achieve social, economic and environmental outcomes. It has also created a siloed and adversarial mindset amongst policymakers and road users.

This has perpetuated confusion about how to decarbonise transport and has delayed obvious and urgent actions to tackle toxic air quality and irreversible climate change.

It’s only by challenging ‘modal mindsets’ and disrupting hierarchy thinking that we can address the systematic failure of local transport policy to tackle these challenges. 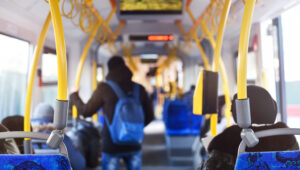 £20 million to help to decarbonise transport in North East England 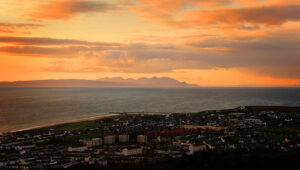 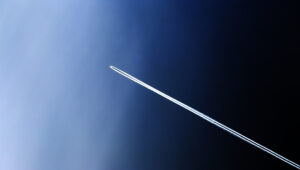 Helping the UK space industry to take off 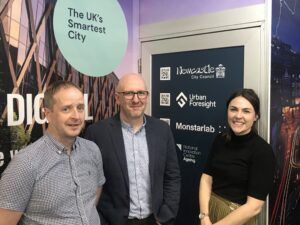 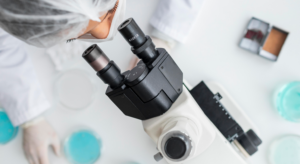 Guiding the development of a new life science innovation cluster 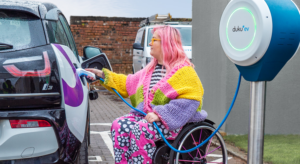 Scroll to Top
We use cookies on our website to give you the most relevant experience by remembering your preferences and repeat visits. By clicking “Accept”, you consent to the use of ALL the cookies. You may visit "Settings" to provide a controlled consent.

Urban Foresight Limited is registered with the ICO as an organisation that processes personal data. This privacy notice is in line with the Data Protection Act 2018.

Urban Foresight is a mission-driven business that excels at turning good ideas into projects that have a lasting and transformational impact. Processing is necessary for the purposes of effect running of the website and legitimate interests pursued by Urban Foresight. We only process your data if you have given us your express consent.

We will only use this data to improve the user experience and the usefulness of visitors to the website.

Data will be processed on the basis of legitimate interest to provide the services of the website effectively.

Urban Foresight will treat all data with confidentiality and use it only for the purpose of running and improving the website.

Google Analytics will be used on the website. Google processes data transfers internationally. Google is committed to Standard Contractual Clauses in accordance with GPDR regarding the international transfer of data.

Visitors to the website will have all their rights afforded to them under data protection law. This includes the right to know what data is held on them and how it will be used, as well as the right to correct their data if it is found to be incorrect and have their data deleted.

If you would like to review or query your data or it’s use, you can contact Urban Foresight’s Data Protection Officer at hello@urbanforesight.org. The DPO can also be contacted to remove any data held.
Necessary Always Enabled
Necessary cookies are absolutely essential for the website to function properly. These cookies ensure basic functionalities and security features of the website, anonymously.
Advertisement
Advertisement cookies are used to provide visitors with relevant ads and marketing campaigns. These cookies track visitors across websites and collect information to provide customized ads.
Analytics
Analytical cookies are used to understand how visitors interact with the website. These cookies help provide information on metrics the number of visitors, bounce rate, traffic source, etc.
Powered by