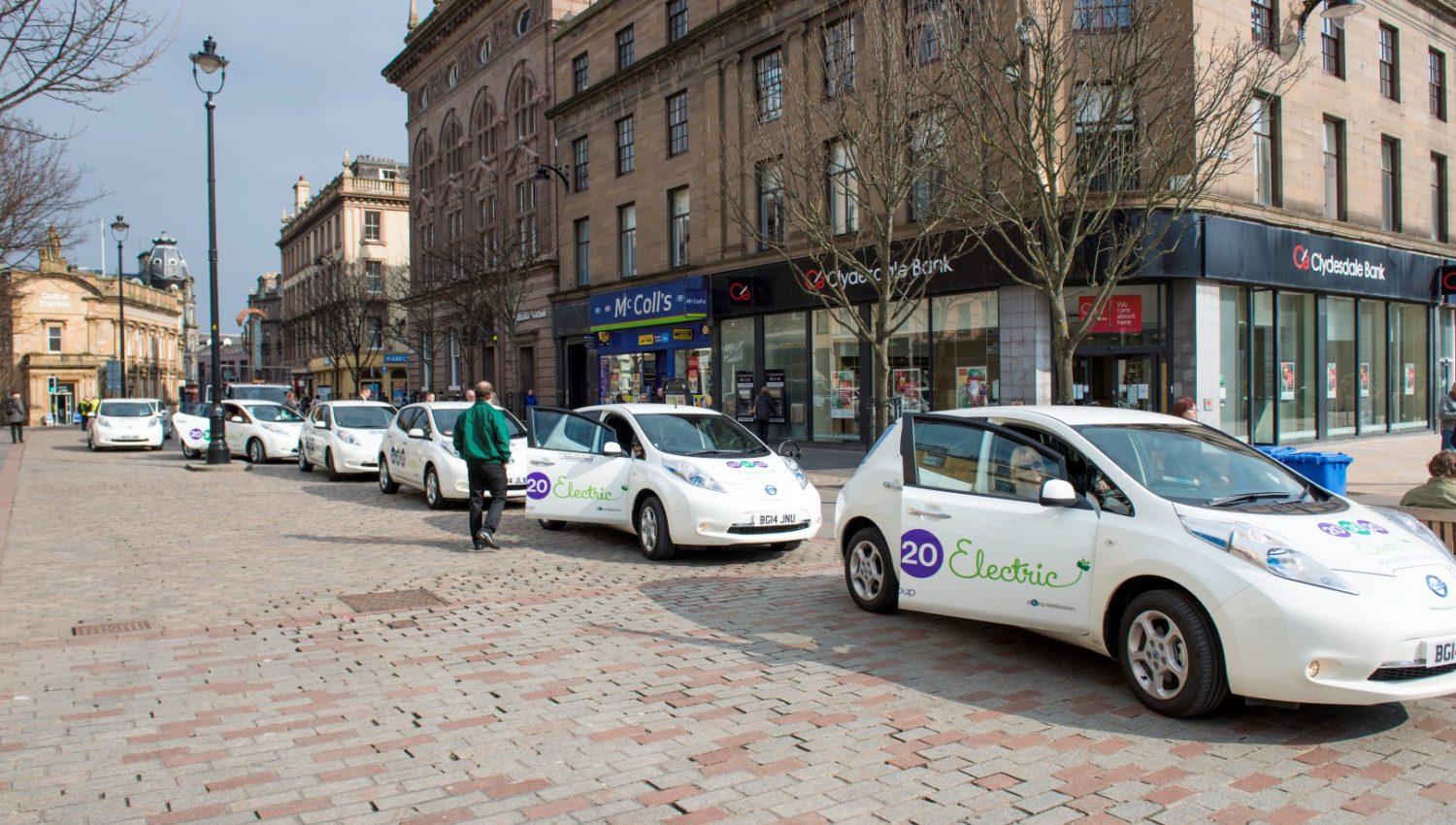 An Urban Foresight penned bid has secured £515,000 for Dundee City Council from the UK’s Office for Low Emission Vehicles to fund infrastructure for electric taxis.

The city was named today as one of ten successful bids to receive a share of £15 million, receiving one of the highest total awards. The funding will be used to install 10 rapid and 2 fast chargers at key sites, and will help the taxi industry increase the number of ultra-low emission vehicles (ULEVs) in use.

“We’re delighted to have played a part in securing this funding for Dundee and helping the city to maintain its position as one of the leading locations for EV promotion in Europe” said David Beeton, Urban Foresight’s Managing Director. “I’m proud that bids written by Urban Foresight have secured more than £3 million of investment into Dundee and it’s a privilege to be part of the exciting transformation taking place in the city.”

Increasing the number of ULEVs in Dundee is considered key to improving air quality. Road traffic in the city accounts for 74-91% of total emissions for nitrogen oxides and 41-72% for particulate matter, with taxis emitting around five times and three times more respectively than an average car.

The funding will also support essential upgrades to electrical substations and allow the installation of solar canopies at the Queen Street and Lochee charging Hubs, currently under construction. Three taxi offices, the Hilton Double Tree Hotel and the taxi rank at the Malmaision Hotel are the other locations where chargepoints will be installed.

The funding is part of a wider £64 million investment to promote the use of electric taxis. This comprises a £50m Plug-in Taxi Grant programme and £14m of investment in dedicated chargepoints for electric taxis in 10 councils areas, which also received funding today.

The announcement by the Business Secretary The Rt Hon Greg Clark MP and Transport Minister The Rt Hon John Hayes MP also welcomed the opening of a new £300m electric taxi factory in Coventry, where the London Taxi Company will begin to assemble its new line of zero emission taxis.

“This government is committed to improving air quality and reducing pollution in towns and cities, which is essential for people’s health and the environment.”

Dundee is home to the UK’s largest fleet of pure electric taxis and the first city in the the UK to acheive over 1 million electric taxi miles. Today’s success reinforces the city’s leading status in the uptake of ULEVs and follows the award of £1.9m in 2016 as part of the Go Ultra Low City Scheme, a bid also written by Urban Foresight.