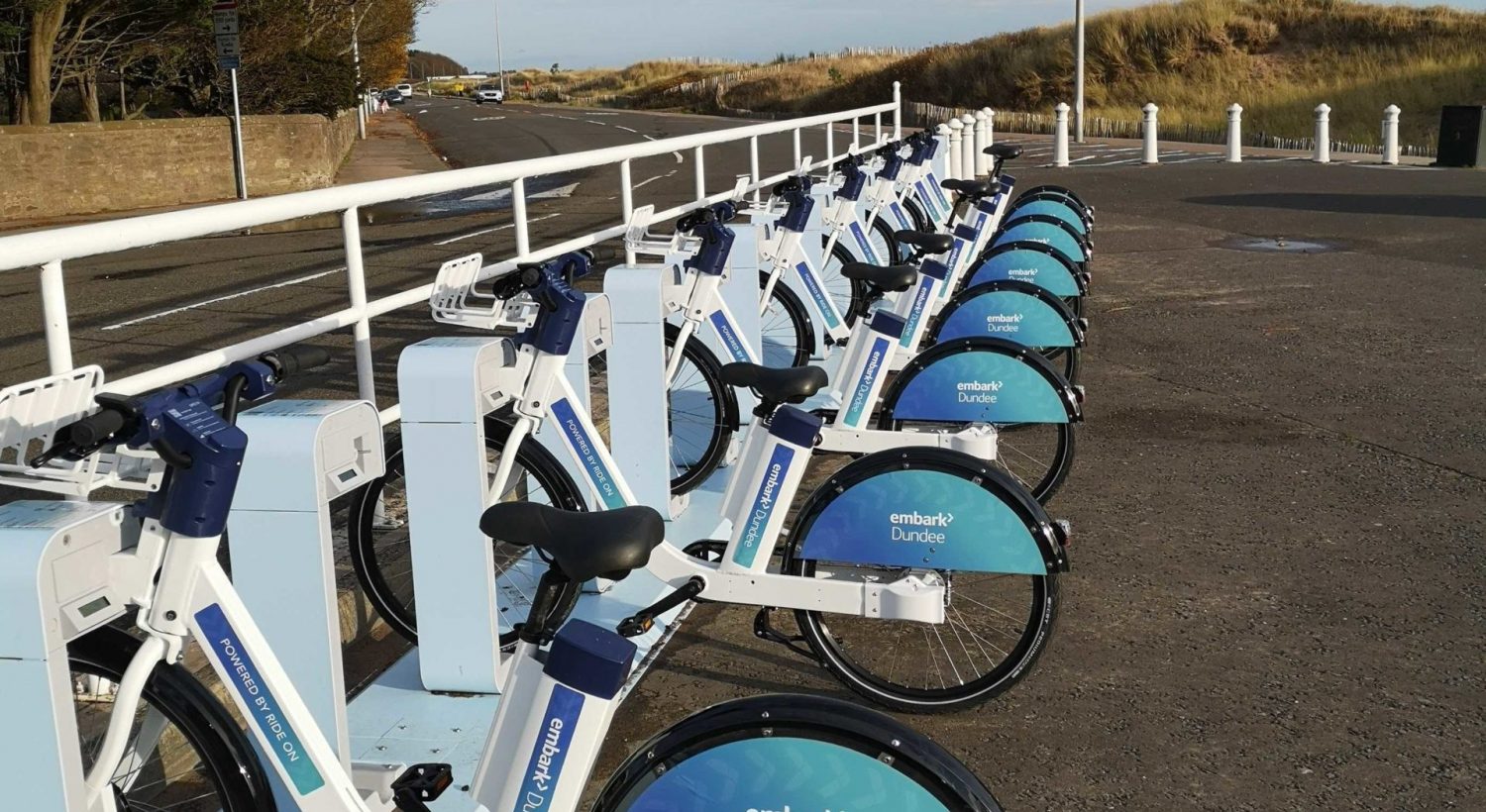 An initial 250 electric bikes were deployed across Dundee in 2020, with up to 450 planned as demand grows.

We supported the council in procuring and awarding a contract to Ride On for the provision of a self-service bike hire scheme. This was a zero-cost concession, with no money directly provided by Dundee City Council.

To ensure the smooth delivery of the scheme in Dundee, we established and coordinated a Working Group consisting of key individuals across DCC and Ride-On and other associated parties. The Working Group covered:

A series of site visits, working groups and stakeholder engagement sessions were completed to identify the most suitable locations for docking station sites across Dundee. A total of 105 sites were considered from which 14 were identified as the optimum for phase one (initial deployment), 15 for phase two (initial expansion) and 23 more were viable for full expansion.

We supported DCC in creating planning applications which were required for 12 sites and securing the necessary approvals.

We also supported Ride-On in forming partnerships with relevant organisations and groups in and around the city to help ensure infrastructure and facilities connecting key commuting and tourism destinations as well as enabling a diversity of potential users and the long-term sustainability of the scheme.