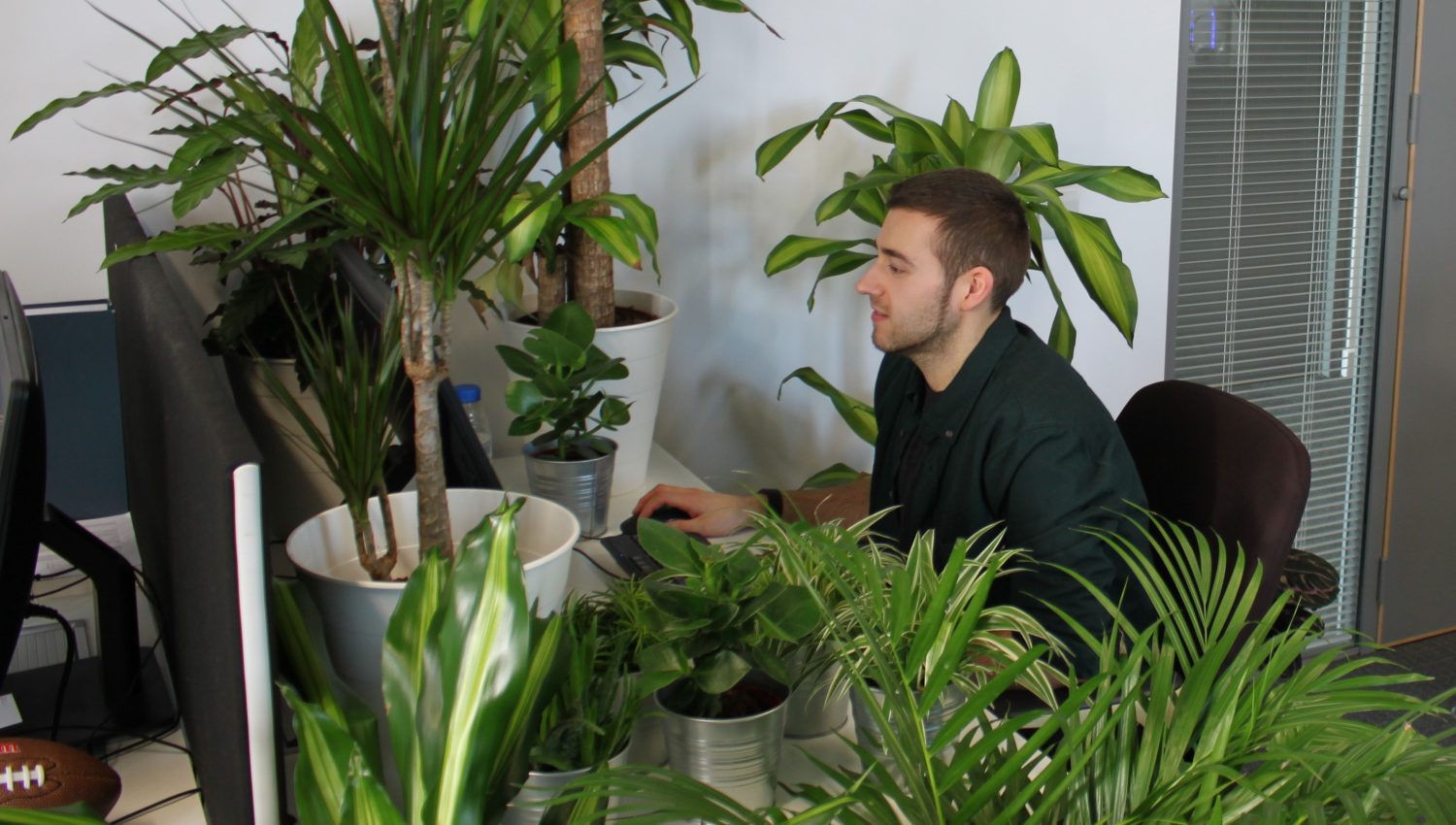 Beginning today, Urban Foresight is taking part in an office wellbeing study, monitoring the effects of exposure to plants and bird song on employee health.

The study  will test whether bringing elements of the natural word indoors can improve wellbeing in the workplace. Over the course of the 3 month study, Urban Foresight’s office in Newcastle will be furnished with a broad range of plant species and bird song recordings as part of the research.

Physiological and psychological response to treatments are being monitored by the study. This will see the Urbanites in Newcastle sporting wearable sensor technologies which will monitor activity, heart rate  and sleeping patterns for the duration of the study. This will be complemented by interviews and wellbeing questionnaires to collect psychological data, with low cost portable air quality sensors also collecting data on the ambient levels of carbon dioxide and oxygen in the workspace.

The study is being led by Newcastle University, which has planned a cycle of different treatment combinations over the course of the study. This will see cover plants only, bird song only, plants and bird song and a control week with neither of the two.

Previous studies have shown plants in offices can improve wellbeing and efficiency, and research in this area can impact on how the workplaces of the future are designed and planned.

“While there is a lot of evidence that spending time in the outdoors can improve well-being, there is also evidence that views and even pictures of the natural world can benefit mental and sometimes physical health”, said Ailsa McKenzie from Newcastle University’s School of Biology.

The research is being funded by Science Central and run by Newcastle University with staff from the departments of Biology, Civil Engineering & Geoscience, Computing Science and Agriculture.